Is Your Iguana A Male Or Female? With Pictures 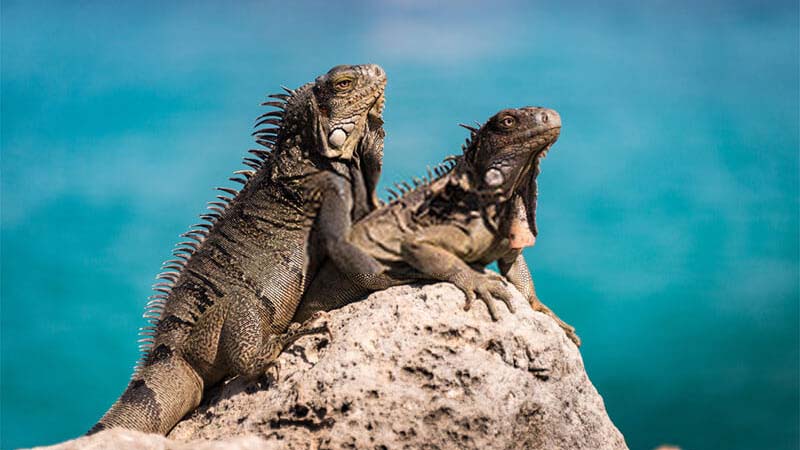 At a young age, it is very hard to tell an iguana’s sex and really doesn’t make too much difference. It would be nice to know when you first get your iguana so you can name him or her the proper name. But, since it is really hard to sex a young iguana, there are many female iguanas out there named Spike or Iggy. However, when an iguana reaches 2 years +, it does become more important for the owner to know.

If you have a female, she may become gravid (with eggs) and should be getting extra calcium prior to the gravid period. Lack of calcium during this time can be fatal to a female iguana because of an iguana’s special dependence on a diet rich in calcium and the higher amount of calcium utilized to produce eggs.

A gravid female also needs a proper nest site to lay her eggs. A male iguana, on the other hand, can become more aggressive when adulthood approaches and will also grow larger and need a diet to match its increasing size.

So how can you tell?

There are a couple of areas on an iguana that can give you a hint. Look on the inner surface of your juvenile iguana’s thighs and look for enlarged pores or scales called “femoral pores”. The male iguana’s femoral pores become large and almost protrude so that he can grip more tightly onto the female during the breeding season.

Read more on Lumps and bumps on iguanas.

These “hemipenal bulges” are part of the male iguana’s reproductive organs (the actual gonads or testes are located in the upper mid-portion of the abdomen.) The head can also give a clue to the sex of your juvenile or adult iguana.

If you look at the pictures of adult males, their heads are squarer and larger than the female and their jowls are larger. They just look more “male”. See Dracul in Best and Worst for an example of a male iguana.