Why are they called Bearded Dragons? 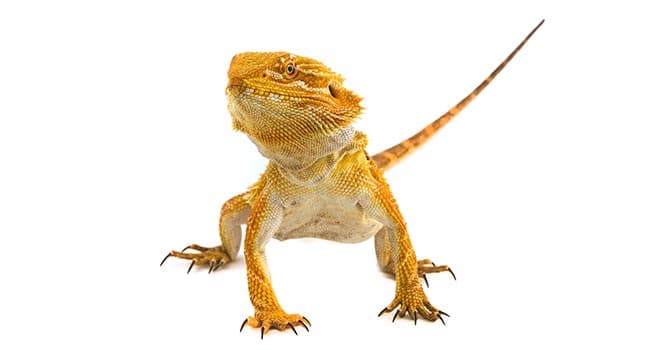 Short answer: because they can make it look like they have a beard

The long answer: The Bearded Dragon is so-called because of its ability to indicate a range of behaviours using its throat that make it look like it has a beard. This area of skin around their throat is also known as the gular pouch.

They’re able to distend (enlarge by stretching) the gular pouch and by doing this the spikes along their throat often extend outwards, making them look much bigger and threatening. They also change the colour of their throat to a dark grey. Combined with the enlargement it makes them look as if they have a beard.

They have 2 distinct appearances from extending their gular fold. First is normally during courtship and normally seen with their head bobbing behaviour, here you’ll see a darkened throat but their throat will look more bloated/bulbous puffed up. Generally, their mouth will be closed.

The alternative (pictured above) is that their throat goes very dark with a more noticeable fanning out of the spikes at the back of their throat and a less puffed up look, they’ll also widely open their mouths to both shows their teeth to look aggressive and to aid in the extension of the back of their gular pouch. When you see this, it’s a response to a perceived threat.