Can Bearded Dragons Swim? Everything You Need to Know 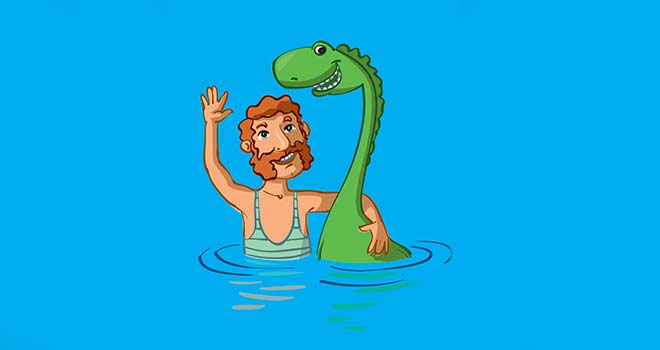 Most Bearded Dragons would seem like they can’t get enough of the water but it’s more a case of reflex action, all animals have an innate ability to swim when/if they are forced to. I wouldn’t recommend dropping your bearded dragon into your local swimming pool etc… but in my experience, they seem fairly happy with it and it has been seen in the wild.

Remember that there are other species of Bearded Dragon that do live nearby the water such as Pogona Microlepidota / Small Scaled or Drysdale and others that live in semi-tropical woodlands so it’s quite likely that they’ve commonly evolved to deal with water – if you watch them swim they use their tails much in the same way as a crocodile. Below the video is a quick guide on how to bathe a bearded dragon.

So while giving them a nice warm bath is a good thing for hydration, shedding, and cleaning them up a bit, don’t run the water too deep and don’t leave them unattended. If possible leave something in there for them to climb up on out of the water or let them use your hands.

Run the bath so the water is warm but not hot (about 90° – 100° F) and run it to only about the shoulder depth of the dragon, so they can stand if they need to.

Bathtubs are slippy things for dragons’ claws so if they don’t like the water they may get stressed going nowhere trying to climb out of the bath, be ready to lift your dragon back out if they seem to be doing this. Have an old towel on hand also to dry the dragon off afterward.

Do not add anything to the bathwater, it should only be water, nothing else.

The most common things a Bearded Dragon will do when placed in water are:

When your dragon invariably poo’s in the water be quick to scoop it out because as soon as the dragon goes near it, it will break it up and you’ll have to drain the bath and it’s not a pretty sight. The warm water can also help dragons who have gotten a bit congested and can also help a dragon with eggs. Generally, though I wait until they’ve done it in their vivarium and then give them a bath.

Do not panic if the bearded dragon inflates him/ herself and seems to be playing dead in the water at a lopsided angle. They’ve swallowed air to make themselves buoyant and they’re closing their eyes etc… so they don’t get water in. Just make sure that they can get out of the water if they want to and that the waters not too deep as to force them to have to float.

If like me you keep your dragons on a soil-based substrate you’ll be amazed at how much dirt they leave behind in the water. So be prepared to have to clean the bath down afterward.

Remember to keep an eye on your dragon at all times, they’re not gifted swimmers so will tire quickly so keep the water shallow, and remember you’ve got them outside of their setup with the heat and UV. You shouldn’t be encouraging the dragon to swim too much so treat it more as bathing/ cleaning.