What is Parietal Third Eye of an Iguana? 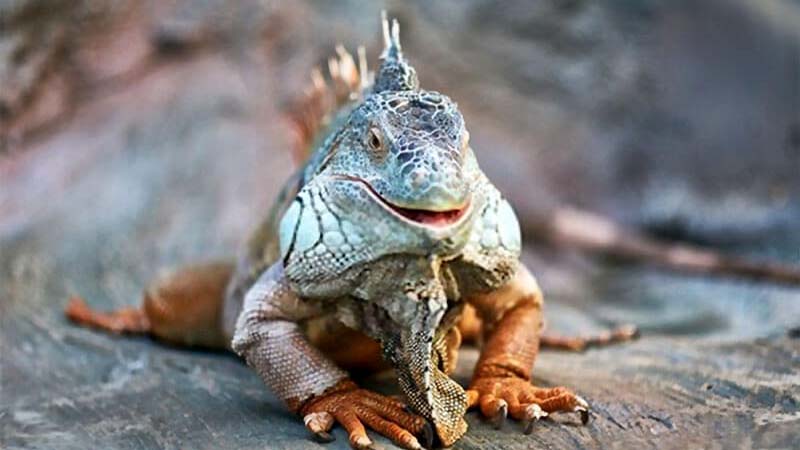 Iguanas have something known as a parietal eye. It is commonly referred to as a “third eye,” although it actually looks more like a round gray scale. The term “parietal” is used because it is situated between the two parietal bones of the iguana’s skull. This third eye is sensitive to light cycles, and while it does contain a lens, the lens detects light and dark, not actual images, shapes, or colors.

The location of this third eye is very useful to an iguana in his native habitat. While he is basking, he can keep his “third eye” open so he can detect light changes and shadows that may be indicative of a lurking predator or danger.

Scientists have performed research to discover the full purpose of the parietal eye. Some of these tests were more humane than others. One experiment involved blocking the iguana’s regular two eyes, then using a bright artificial light to create a shadow over the parietal eye. This caused the iguana to wince and shy away.

Another experiment involved the actual surgical removal of the parietal eye altogether. This process did not seem to alter the iguana’s everyday habits such as eating, moving, sleeping, etc. The iguana did not, however, seem to know when to get out of the direct sun or light.

Parietal research to date reflects that the iguana uses the parietal eye to evaluate and condition itself and its actions according to the environment. The third eye helps the animal know when to go from sun to shade or vice versa. It is also believed to affect iguana breeding behavior.