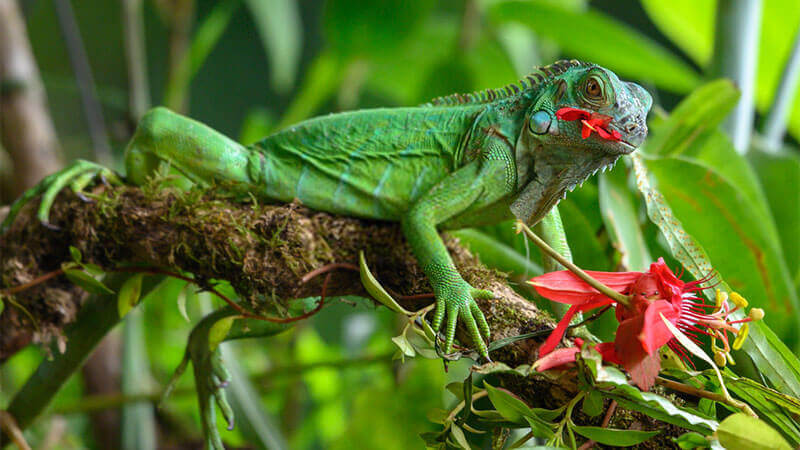 The Marine Iguana is located only on the Galapagos Islands. Unlike many other lizards the Marine Iguana has the ability to live and forage in the sea. They can dive over 30 ft into the sea. They are darkish black in color. They are rather clumsy on land but are graceful swimmers. This species is protected under the laws of Ecuador and the actual population number is unknown.

The genus Cyclura includes several species. These Iguanas can be found in the West Indies. Every species of the Rock Iguana is endangered.There are currently nine recognized species. These include:

The Desert Iguana is a common lizard located Southwestern United States and Northern Mexico. They are a medium sized lizard and appear pale gray-tan to cream in color. They can withstand high heat and are often found while other lizards have hidden away.

The Sauromalus genus includes 5 species which are located in Southwestern United States and Northern Mexico. Chuckwalla’s can live for 25 years or more. The males tend to be reddish-pink to orange or yellow to light-gray. Females have light to dark gray bodies. Males are larger than females. The 5 species include:

These Iguanas are native to the islands of Fiji and Tonga. Females are solid green while males are green with white or pale blue bands across their bodies. Both have a yellow underside.

These Iguanas are located in Central and South America and the Caribbean. The Green Iguana are commonly kept as pets due to their calm disposition but can require a great amount of care. The Lesser Antillean Iguana is a protected species due to its decline in population from hunting. They also lack the distinctive stripe pattern that the Green Iguana has.